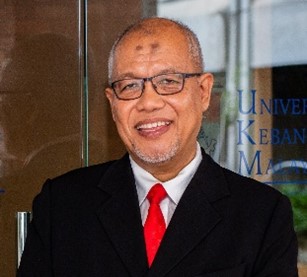 Abstract: Although poly(lactic acid) (PLA) is among widely used biodegradable polymers, it has limited applications due to its inherent brittleness, low elongation at break and toughness. Blending with natural rubber (NR) and epoxidised natural rubber (ENR) seems to be a promising alternative, as both materials are derived from renewable resources. In this work, we report a melt blend of poly(lactic acid)(PLA)/epoxidized natural rubber (ENR) with liquid natural rubber (LNR). The LNR was synthesized by a photochemical degradation technique and used as a compatibilizer in the PLA/rubber binary blending systems . In this study also we were prepared various types of nanocomposites by incorporating different types of nanoparticles in the modified PLA matrix such as graphene nanoplatelets (GNP), magnetite and cellulose nanofibers. Natural rubber was melt blended with poly(lactic acid) in an internal mixer. Liquid epoxidised natural rubber (LENR) was used as a compatibiliser in the binary blending system of thermoplastic natural rubber (TPNR). It was found that the addition of LENR compatibiliser improved the stress at break and Young’s modulus in the blend system of 40/60 PLA/rubber compositions. The increase in stress at break and Young’s modulus were associated with the ability of LENR to compatibilise the PLA/NR binary blends . The PLA/LNR/PANI nanocomposites filled with GNP was prepared via melt blending method using an internal mixer. The contents of the GNP fillers were varied from 0.2 weight% (wt%) to 1.0 wt%. The findings showed positive properties improvement with the addition of GNP at low content in the polymer matrix. The results of tensile, impact and thermal stability properties indicated the optimum content was achieved at 0.4 wt%. Based on the flexural and the TCA tests, the optimum improvement was obtained at 0.6 wt% and 0.8 wt% of GNP, respectively. TEM micrograph has shown good dispersion of GNP in the PLA/NR blend. Electrical properties showed an improvement with the present of treated-GNP and the percolation threshold occurs at low treated and untreated GNP content .

Biography: Professor Dr Sahrim Ahmad obtained his PhD from University of Loughborough, United Kingdom in 1988. He is an expert in the field of magnetic, nanocomposites and advanced materials. He has completed more than 50 research projects and consultancy work as a leader and co-researcher. His work on novel radar absorbing materials (RAM) subjected to transverse electromagnetic (TEM) has been successfully developed. His team managed to produce products that offered proper characteristics for handling, flexibility and lightweight, meeting requirement for various applications. He has published more than 200 papers in various journals and supervised more than 50 PhD students. Dr Sahrim was former Dean of Faculty Science of Technology for more 7 years and Editor In Chief of Journal Sains Malaysiana (ISI/WOS} . He has won many inovation awards at international level. 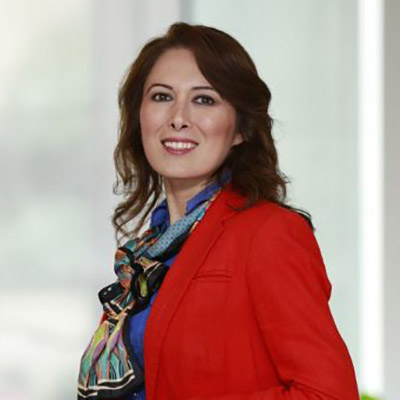 Abstract: This paper evaluates the efficacy of a hybrid treatment for waste-plastic granules using a bio-oil and carbon coating to make the plastic granules compatible with asphalt binder to both promote environmental sustainability and enhance pavement performance. The bio-oil used in this study was derived from waste vegetable oil, and carbon coating was performed using graphene nanoparticles. To evaluate the extent of surface treatment of plastic granules, the formation of surface functional groups was tracked using Fourier transform infrared spectroscopy and Raman spectroscopy, and their surface energy before and after treatment was measured using inverse gas chromatography. In addition, the thermo-mechanical properties and phase separation of asphalt binders containing treated-plastic granules were studied. The study results showed the total surface energy of plastic was increased by 49% after treatment-promoting interactions between plastics and binder. This in turn led to an 86% reduction in the separation of plastics and binder. The viscosity of binder containing plastics increased significantly; however, the binder with treated plastic had 56% lower viscosity than the binder with non-treated plastic. Binder with treated plastic had increased resistance to fatigue cracking, as evidenced by a significant reduction in G*Sin(δ) compared to the binder with non-treated plastic. Low-temperature properties were also improved for binder with treated plastic compared to binder with non-treated plastic. Finally, the moisture-induced shear-thinning index showed that the presence of treated plastic granules in binder made the binder less susceptible to moisture.

Biography: Dr. Ellie Fini is an Associate Professor at Arizona State University, an Invention Ambassador at the American Association for the Advancement of Science, a Fulbright Scholar of Aalborg University of Denmark, a Senior Sustainability Scientist at the Global Institute of Sustainability and Innovation and the Director of the Innovation Network for Materials, Methods and Management. Her research focuses on the production, characterization and atomistic modelling of sustainable novel materials for use in construction.

In addition to more than 200 scholarly publications and numerous invited talks, her research has been featured by BBC Women in STEM, Science Nation, Wired Magazine, and CNBC. She is editor of the ASCE Journal of Materials and Journal of Resources, Conservation & Recycling. She has served as the president of ASCE’s North Carolina Northern Branch and a program director of the National Science Foundation. Her achievements have been recognized via multiple awards including an NSF CAREER award, ASEE Gerald Seeley award, BEYA Emerald STEM Innovation award, NC BioTech Research Excellence award and WTS Innovative Transportation Solution award to name a few.